I could probably go three or four days without french fries...I’m sure I could.  I think that’s delayed gratification, but, don’t dare me.  And, I like the really soft, greasy kind that bend like...a stick of licorice.  I’d rather eat french fries than the burgers that accompany them, frankly.  I’m not into sweets...give me potatoes and watch me smile.

People who clean receive instant gratification.  I receive the same gratification when I hand them the money to clean, thus giving me a similar sensation but without the groundwork involved.  As some of you know, I do like to sweep, but should the wind come along, my gratification is delayed as I curse under my breath until the next time I attempt to brush away the refuse in my life. I get twitchy when I see a pile of leaves on the deck but can be persuaded to forestall any efforts toward that chore if tempted by french fries.

I am gratified at the site and taste of a perfectly shaken martini.  That can be both instant and delayed...instant with the first sip that is always the best and the delicious ribeye that follows is delayed until after I gratify myself with the second martini.  I call that a win/win, especially if the steak has a side dish of pommes frites.

Waiting for a loved one to arrive at the airport is delayed gratification, but being with that person for about thirty minutes can sometimes make you look forward to the instant gratification that comes along with their wave goodbye.  Then it’s off to Sonic for a small order of, you guessed it...fries.

Gawd, I must be hungry or something, huh??  Don’t even get me started on how I feel about au gratin, mashed or escalloped!

Instant gratification for me involves the following:


I have come to realize that my whole life was one long journey into gratification.  Talk about delayed.  Sheesh.  I always put my head down and went to work.  I sold kitchen ware, worked as a messenger and cast actors in major motion pictures for twenty five years.  The latter gave a sense of importance and I enjoyed the prestige but it never took me anywhere.  Certainly not to any kind of gratification.  It was all just one mind-numbing attempt after another at paying the rent as time went on and I got older and more fed up with working for assholes.

It’s been a long haul but this old eighteen-wheeler now knows the way from here to there.  It turns out the ‘there’ is what makes you happy, drives you to be driven, and makes you laugh until your mascara runs and you have to re-do your make-up.  A happy problem.  The ‘there’ is where you are now.  My ‘there’ is making mischief with my sister, putting peanut butter on my cat’s tongue and telling the truth about what lies beneath a middle-aged woman’s polite, don’t-fuck-with-me smile.

I have reached Nirvana, and it is called self-gratification.  It has finally allowed me to give all of myself to my life.  It was a long time coming but having all of me present makes me able to accept my foibles, order a wine and know how to taste it properly, and make my sister double over and spit out her coffee with laughter.

I plan those moments when I can do that with her and my friends…or even strangers.  It’s a form of delayed gratification. 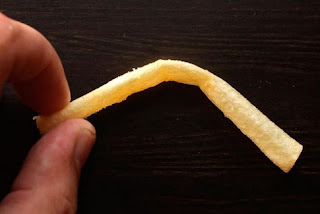 Posted by The Midlife Gals at 2:32 PM